The current news of the day often inspires readers to consult their dictionaries to clarify the meaning of a “hot” word.   Bigot, for instance.

One of the W&L University Library’s online dictionaries, Merriam-Webster Unabridged, maintains an ever-changing list of the words most looked-up in their database in recent hours and days.   The week following events in Charlottesville began with some of the likeliest suspects (below)…  but linguine?    (Please note that the “Past 24 hours” list changes daily, so linguine‘s day in the sun was very brief.)
Use the the link above to check out each day’s list. 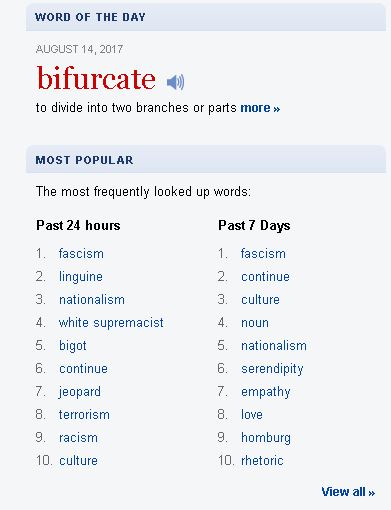 Merriam-Webster Unabridged is one of three preeminent English-language dictionaries available online to W&L researchers, the others being the Oxford English Dictionary and the Dictionary of American Regional English.   Each is available through the library catalog and various locations in our website, such as this research guide page.    You can get different perspectives on a word such as bigot by checking each of these renowned sources.

You don’t have to be a science geek, much less an umbraphile,  to appreciate the rarity of a good solar eclipse.   Still, the hype surrounding the upcoming event might lead one to believe that this will be the Washington and Lee community’s first opportunity to experience a solar eclipse.  Not so.

Depending upon local sky conditions, observers in Virginia and elsewhere in the region on Thursday 30 May in 1984 were able to view an annular eclipse of the sun, with about 99% of the sun covered by the moon.  In fact, the area of greatest eclipse during the event was in eastern Virginia and the Richmond Times Dispatch provided significant coverage in its 31 May issue.   (Access to this issue is provided to current W&L students, faculty, and staff through the University Library’s  subscription.)    Broader coverage of the event in the southern U.S. was published in this New York Times article , which included the news that schoolchildren in Atlanta were kept indoors during the eclipse.   (Note: It is not customary for the New York Times to give away their archived content without requiring payment, but this story appears to be available online free-of-charge.)

On the W&L campus, the effects of the eclipse began to be noticeable during that year’s baccalaureate service, which was held in Evans Dining Hall in those days.   At least some folks can recall leaving the ceremonies and noting the dusk-like lighting and the peculiar effects of the increasing eclipse on shadows beneath trees on the University’s front lawn.

One interesting sidelight on the Richmond Times Dispatch coverage cited above:  An article near the bottom of the 31 May front page concerns Jeffrey Scott Gee, the first-ever W&L valedictorian to graduate with a GPA over 4.0.  Commencement took place the day after the solar eclipse.

One final note: Since the eclipse occurred at the very end of the school year, there was no article in the student newspaper Ring Tum Phi to offer any accounts.   However, there was a highly unusual issue of the Phi a few weeks later in July, one offering absolutely no coverage of atmospheric events, but with some other ground-shaking news.   (Online access provided by the University Library’s Digital Archive database of the Ring Tum Phi.) 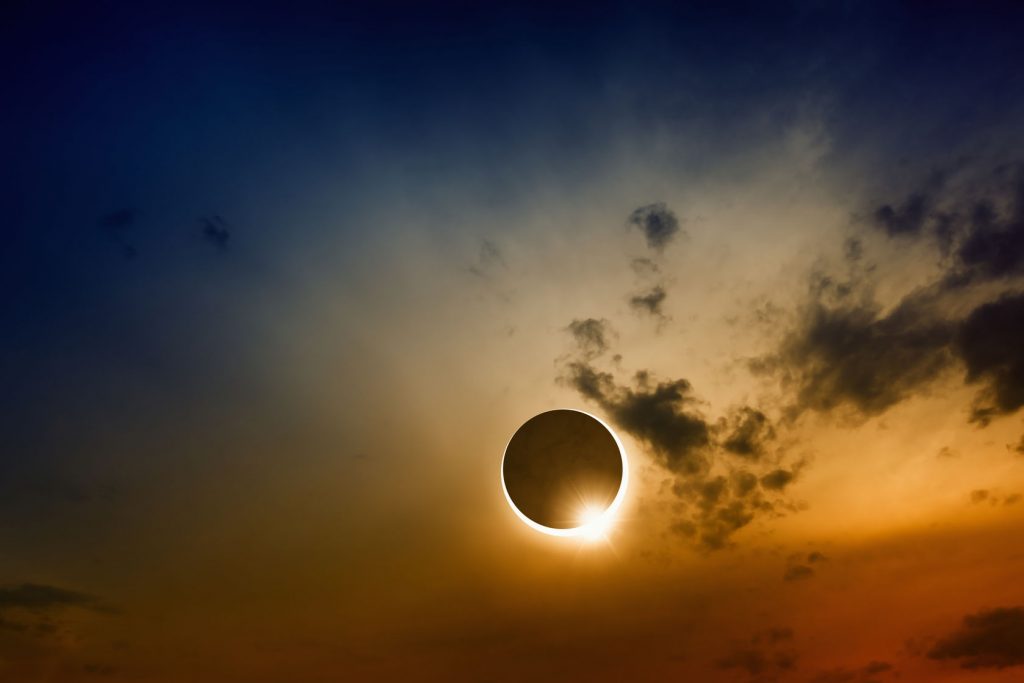