The University Library of Washington and Lee University is the proud owner of a first American edition of a volume entitled Poems on Various Subjects, Religious and Moral, written by the first published African-American author, Phillis Wheatley.

Our Head of Special Collections and Archives, Tom Camden, recently contributed to the W&L website an essay, “Phillis Wheatley: ‘Favored by the Muses’,” which provides some perspective on this rare volume and its author.

One of Wheatley’s better-known poems which does not appear in this volume is “His Excellency General Washington,” which she sent directly to George Washington in 1775   General Washington was moved by the poem and wrote directly to the former slave to thank her for her creation.   W&L researchers can can use the University Library’s subscription to the Digital Edition of the Papers of George Washington to read Wheatley’s original letter to Washington, the enclosed copy of her poem, and Washington’s reply.    The poem was first published in the Virginia Gazette on 30 March 1776. 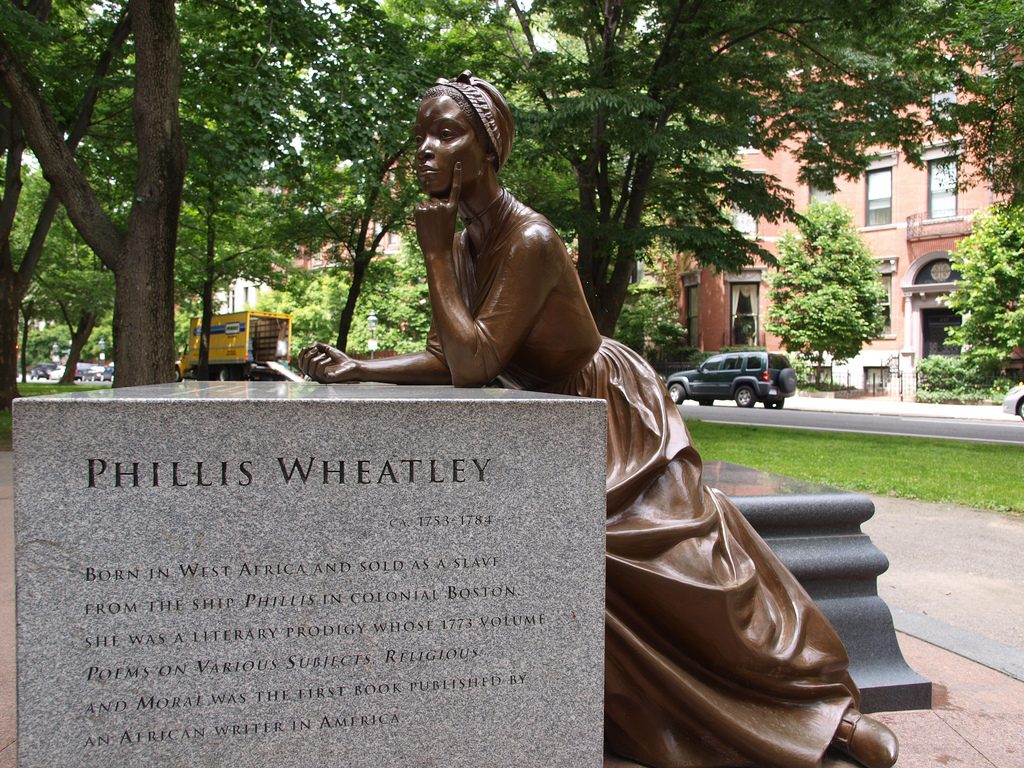 [Statue is part of the Boston Women’s Memorial.]