If you are interested in seeing this precursor to the “swimsuit issue” and the modern U.S. sports journalism industry, the Washington and Lee University Library can help.   We have a few printed issues of American Turf Register in Special Collections and the entire run of the magazine is available online through one of our databases.  You also can page through the series via the online HathiTrust database.

Of local interest: The very first issue of the magazine included an article entitled “Washington: A Sportsman,” written by George W. P. Custis, from his Recollections and Private Memoirs of Washington.    George, that is. 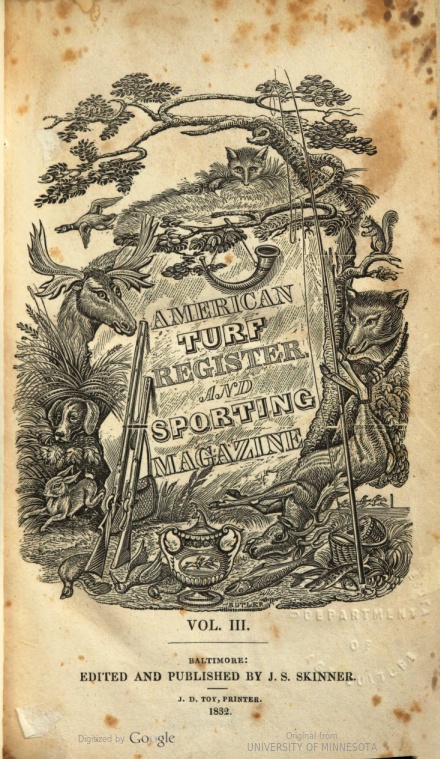 As noted before in this space, the Oxford English Dictionary is the pre-eminent source documenting the history of words in the English language.   The latest quarterly update was released this month from the online OED (a Washington and Lee University subscription) and consists of over 900 new words, senses, and sub-entries, a list of which you can see here.  (Links to the actual entries are not included.)

Some of the new additions seem particularly intriguing, such as “microaggression” and “spoiler alert,” both of which are discussed in a brief essay.   W&L researchers can go directly to the new entries for microaggression and spoiler alert — or any others which strike one’s fancy.   (Personally, I recommend Bechdel test .)