October 16 is Dictionary Day, marking the birthday of the great lexicographer Noah Webster in 1758.

Perhaps one could peruse the more-or-less direct descendants of Mr. Webster’s work in the Merriam-Webster Unabridged database, to which the Washington and Lee University subscribes.  Last month the editors released a list of over 530 new words and new meanings, not counting over 4,000 other revisions.  Just to give students of the English language something (else) to argue about, this most recent update provides further support for the use of the “singular they” — even the once-unthinkable themself.   Can Western civilization survive?

The New York Review of Books recently published a fascinating article on the early development of American dictionaries, including Webster’s work.

Another way to celebrate might be to take note of the Oxford English Dictionary‘s recent announcement of 650+ additions to its etymological database, with newly-researched and -consecrated words and new meanings for existing words.  For example, there  are now three — count ’em, three — meanings for the term slam dunk.  And we now have established that the contemporary meanings of fake news have predecessors extending back at least as far as 1890.   The editors of the OED offer an entertaining essay on these new updates, including the linguistic contributions of George Lucas and Theresa May, as well as an explanation of the development of the term anchor baby.   The W&L University Library provides a subscription to the OED for current students, faculty, and staff. 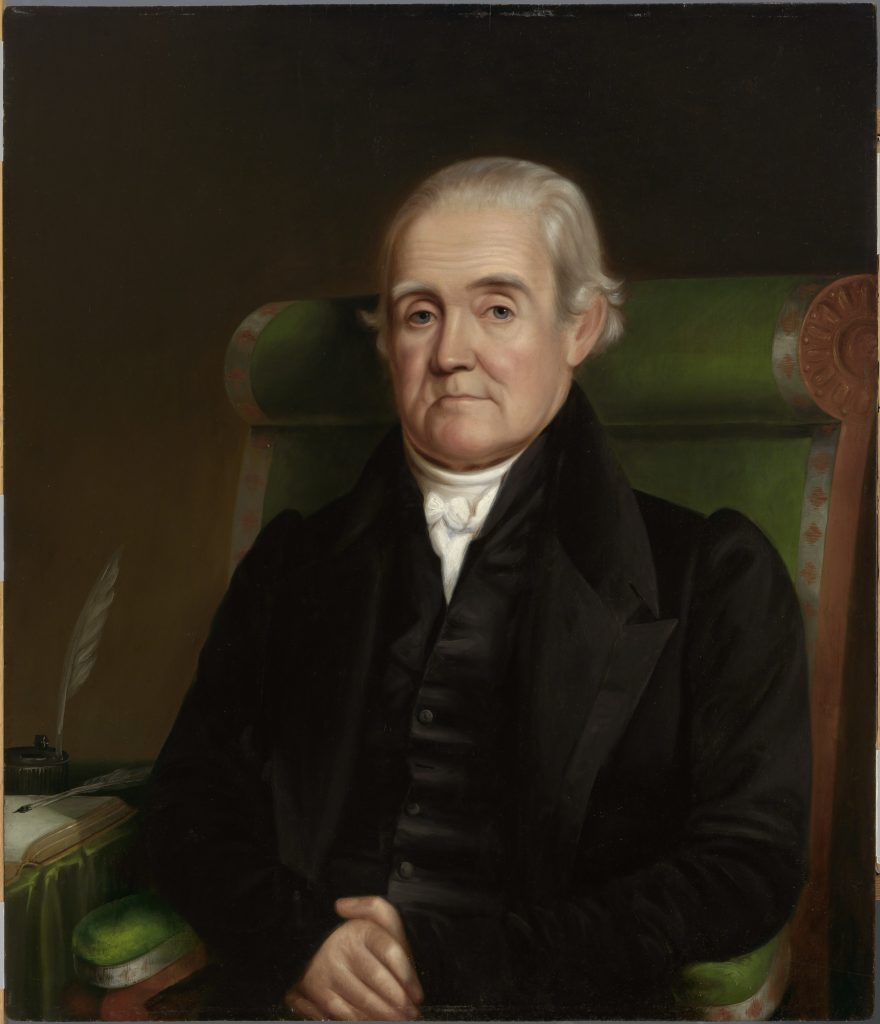 Noah Webster by James Herring, from the National Portrait Gallery.